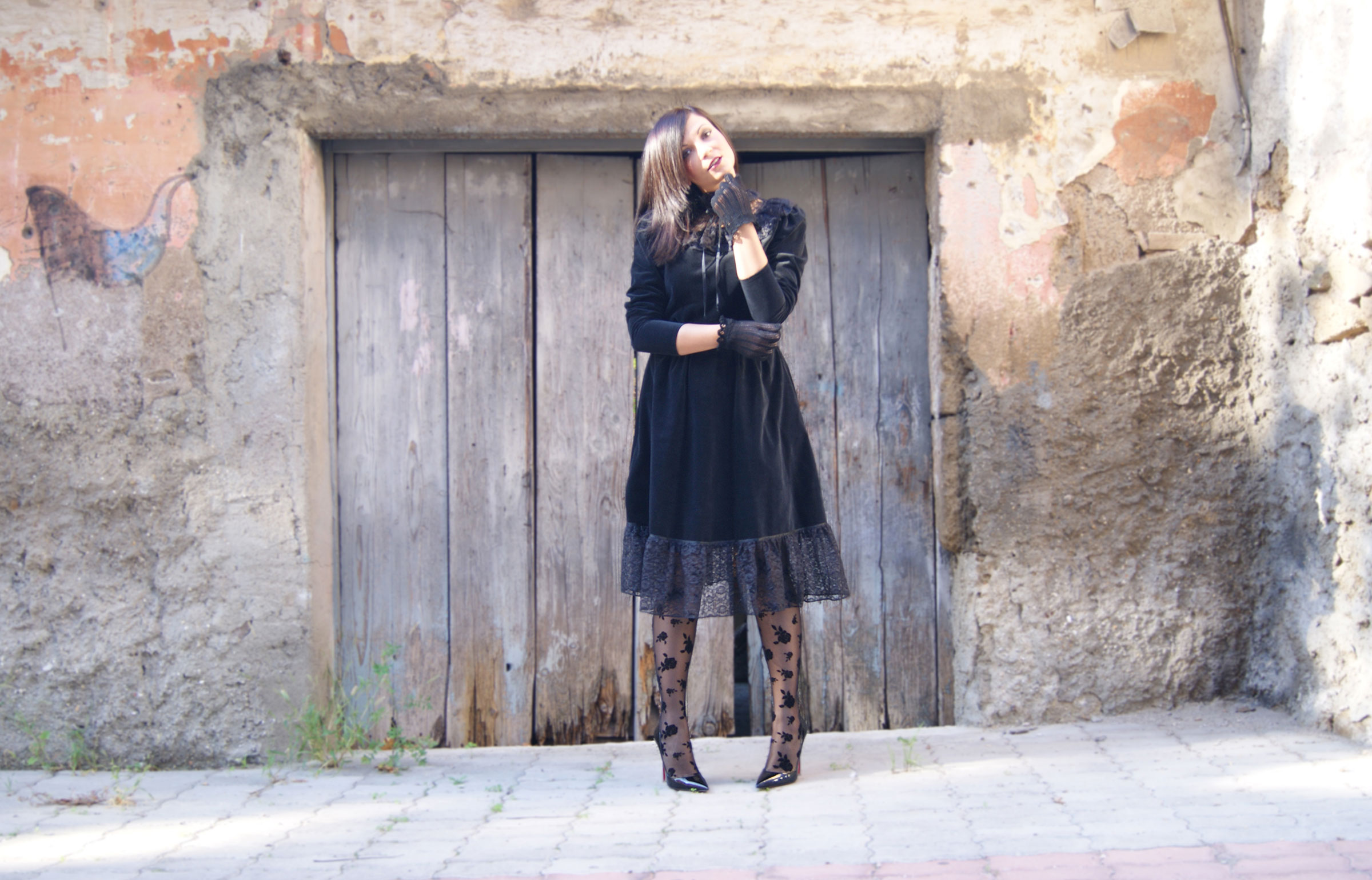 31 Ott What to wear on Halloween

Have you already figured out what to wear for your Halloween Party? Have you ever wondered what the origin of this holiday, that is so very popular in the USA, is?

You may be surprised to learn that Halloween’s origins lie in celtic rituals that served to celebrate the end of the summer, the beginning of the winter, and the beginning of harvest; a merry time of year in which larders were full, shows were performed, people wore dress-ups and were happy  to be living in plenty.
So, when christianity spread in celtic countries and in most of the Roman Empire, some local traditions were fused with the church’s dogmas. On November 1st, the Church established All Saints’ Day – All Hallow’s Eve in Great Britain – thus contributing to naming the holiday.

When the Scottish, Irish and English immigrants entered the USA, they brought with them Halloween traditions. Consequently, they spread on the American soil, uniting tradition, folklore, myths and legends of all ethnic groups, thus turning Halloween into a multi-ethnic celebration.
In the 1950’s, Halloween was thought of as a business opportunity, and the very famous “trick-or-treating” tradition became common in that era. I like to think of Halloween’s “multi-ethnic” origins, in which traditions mix without preceding over each other.

Historic digression aside, do you feel like wearing real vampire, zombie, or with costumes? You could dress up as  “Maleficent” if you aspire to be like Angelina Jolie. Whatever your plans are for this evening, if you do not feel like dressing up, but you still wish to do something related to Halloween, I suggest that you wear black from head to toe. Wear spectacular make-up and fake eyelashes. I will show you a vintage dress made out of velvet and lace and my Louboutins…Happy Halloween, everybody! 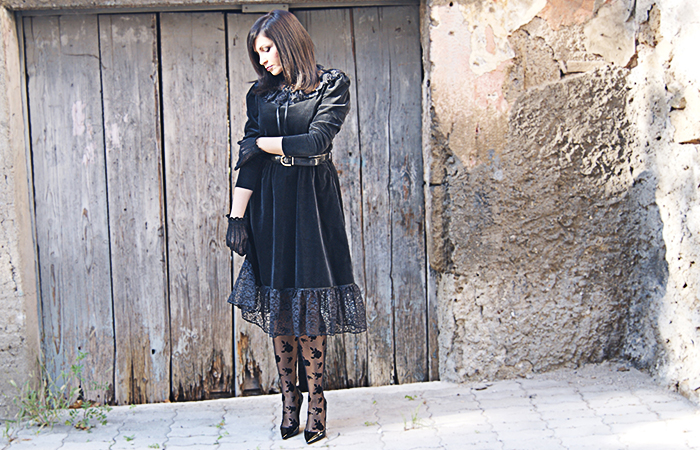 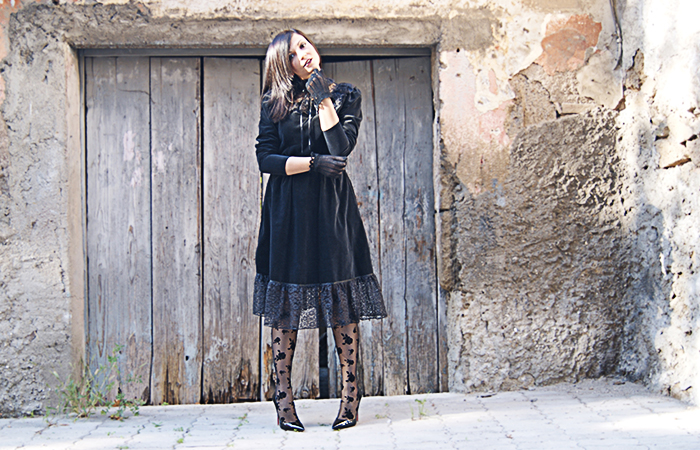 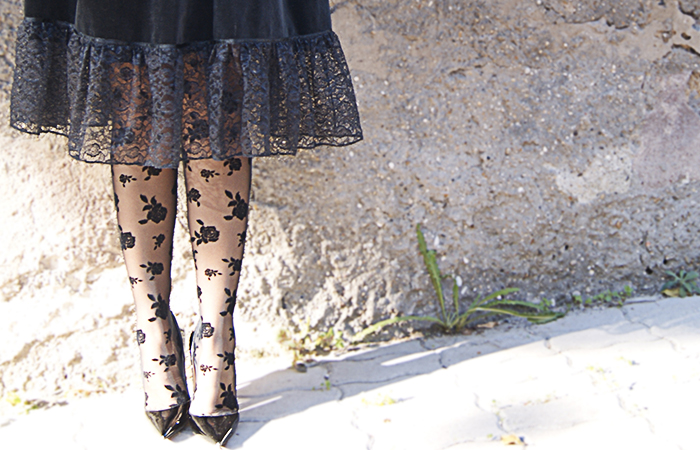 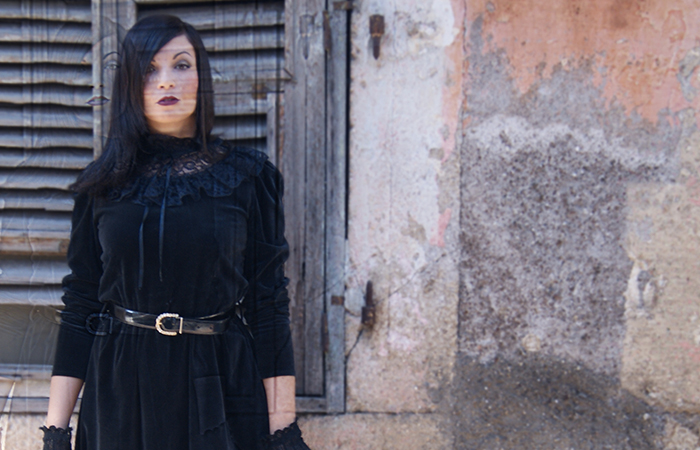 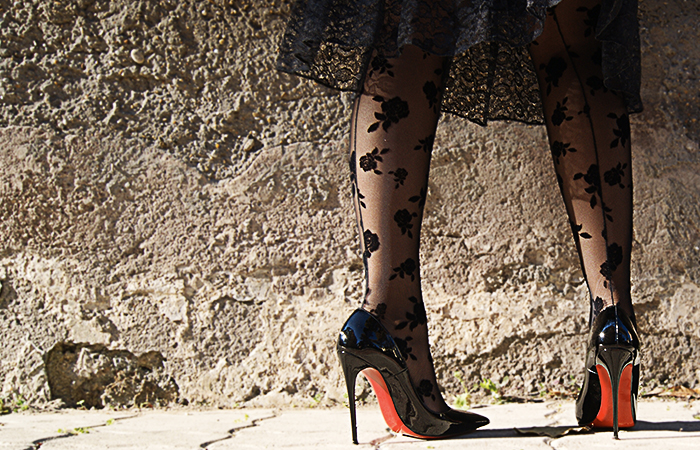 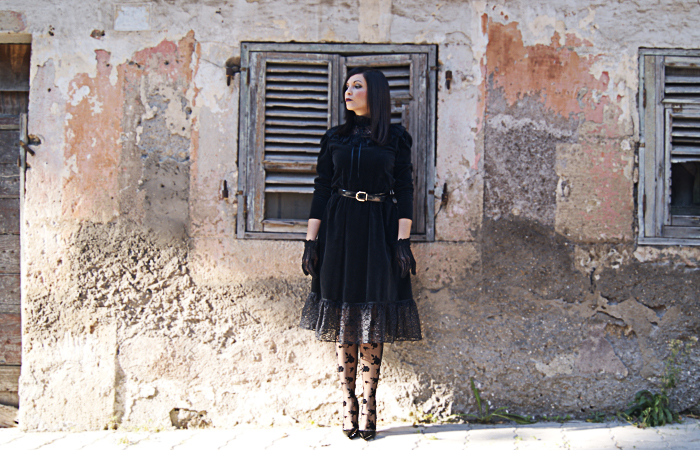 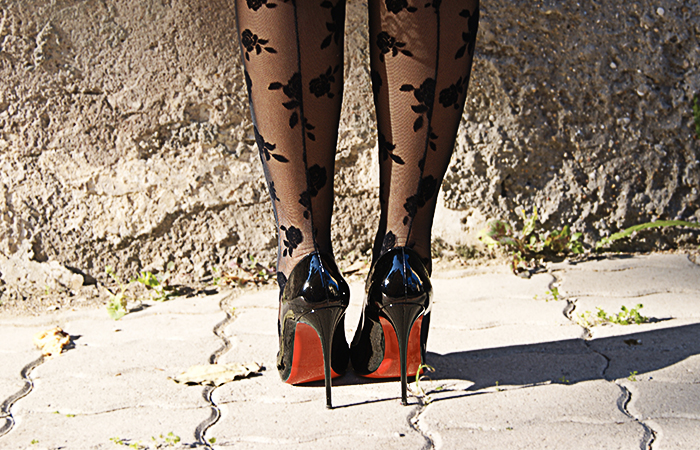 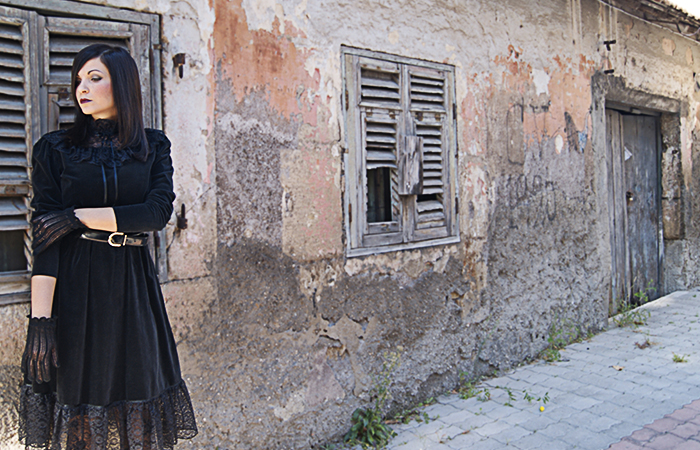