Blue has been a symbol of elegance since its origins. It was firstly produced in the Middle Ages through the processing of a semiprecious stone, the lapis lazuli, and this gave it a status of light and richness. In the sacred paintings, the cape of the Virgin Mary is always painted blue, and not by chance. In the 18th Century the kings of France chose blue as the color of the most formal, official events, and they were immediately imitated by the aristocracy; thanks to this, blue has acquired a nobility status which is still present nowadays: wearing blue is considered chic.

Blue is a cold, melancholic color, is the color of shades. Blue represents the twilight, and it’s the Romantic poets’ favorite color. Goethe’s Werther wears blue, and not by chance.   In the early 20th Century, Picasso lives an artistic phase known as the Blue Period, during which he paints monochromatic figures where the color –or better the absence of it- better describes the alienation of the subjects portrayed.

The blue chosen by many fashion designers for their winter collections is the stronger, more positive Cobalt blue. We saw it on the catwalk, mixed with black. Who said we cannot wear these two colors together? Let’s look at some examples:

Alberta Ferretti enhances the elegance of the color by using precious fabrics, such as velvet and fur. Karl Lagerfeld for Fendi, mixes blue and black creating abstract prints on fur and leather jackets. Kenzo’s prints instead are geometrical and decorate mini jackets with round shapes and high black edges. Michael Kors presents the black-blue mix in various pieces: oversize parkas on tight dresses, mini dressed with leather details, wide skirts worn with sporty sweaters and suits with wide-shouldered jackets, straight from the Eighties. 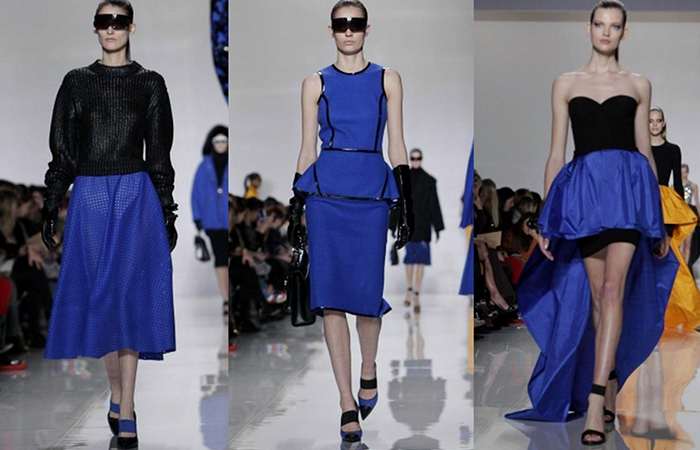 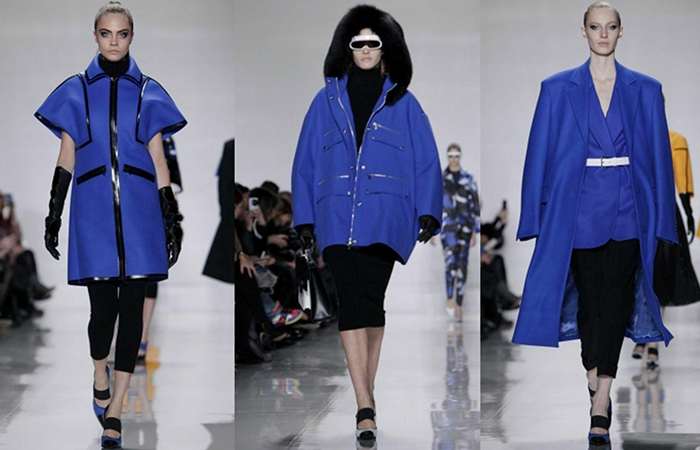 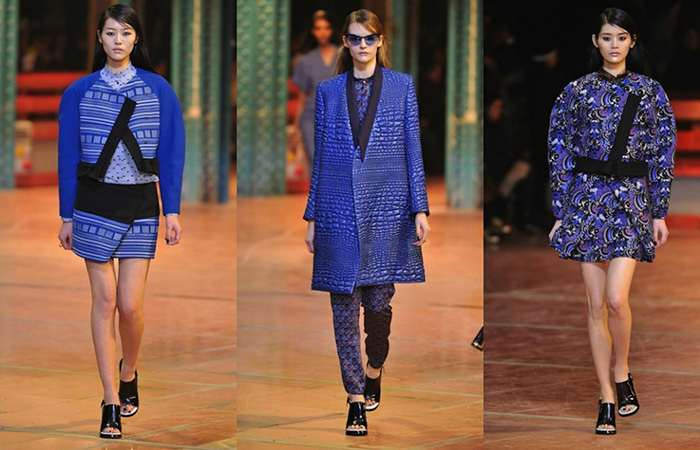 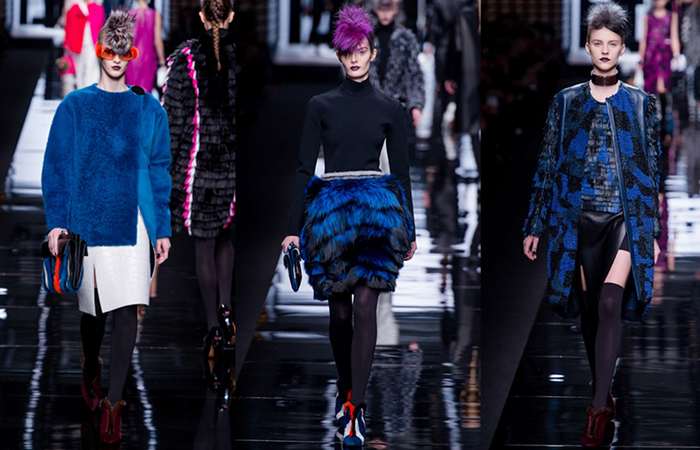 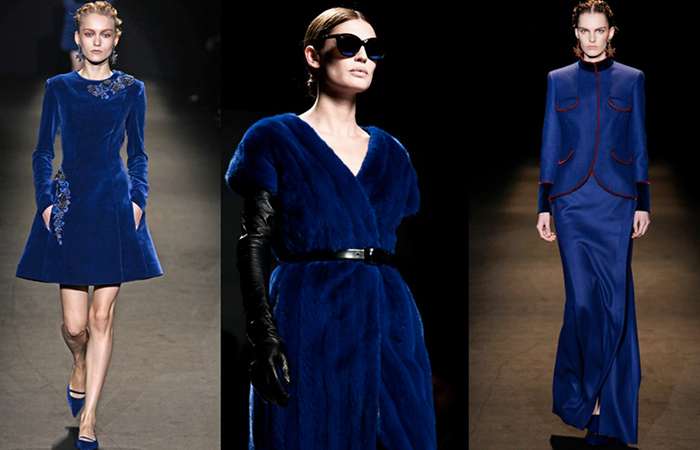