Marinella, a century of ties

Every morning at seven Maurizio Marinella opens his shop on Naples’s elegant waterfront, a store which has produced world-famous handmade ties for 100 years. In 1914 Eugenio Marinella, Maurizio’s grandfather, opened two ateliers, one for the shirts and a smaller one for ties, and inaugurated a tiny shop on the street where the high society still takes a stroll.

In a time when the English style was in fashion, Marinella was the only shop to offer a wide range of products realized with materials purchased in London by Mr. Marinella himself. At the beginning of the past century, the shirt was an integral part of the trousseau prepared for the weddings of the upper middle class: each groom used to receive seven white shirts with detachable collars and cuffs. Marinella’s shirts quickly became famous, thanks to high quality materials and impeccable tailoring.

After the Second World War, shirts production got replaced by ties which are still the symbol of the Marinella brand. The signature Marinella tie is realized by folding a silk square seven times on itself, as to give the tie structure and texture. Don Eugenio wanted his shop to be a meeting point for elegant men from all over the world, and he taught his son and his grandson how to guarantee an impeccable customer service: during Christmas time for example, Mr. Marinella offers coffee and sfogliatelle to his awaiting customers standing in a queue outside the shop. The tie is a man accessory with a very long history and it acquired his modern shape only at the end of the nineteenth century. Apart from hiding the shirt buttons, it doesn’t have a real function and for being simply useless it has become symbol of social distinction. Through the choice of the tie a man can expose his temperament: Aristotele Onassis, one of Marinella’s regular costumers used to buy twelve ties at the time, all black, to discourage his counterpart by making his  mood unfathomable. Today Marinella’s ties can be bought in prestigious workshops around the world, as evidenced by the advertising campaign “the taste of elegance“, which transforms the ties in local excellence of taste. Marinella’s official website features a guide for the perfect knot and a decalogue written by Don Eugenio Marinella for the man who wants to master the secrets of elegance. We’d like to leave you with some quotes, which are evergreen fashion advice:

✔ A tie for every occasion: in the morning prefer a light colour and patterned tie, in the evening opt for a darker tie.

✔ Don’t take advice and don’t remit the choice of the tie to anybody: the only rule is to follow the instinct. Choosing the tie has to be an irrational action.

✔ Remember that the tie reveals the personality. 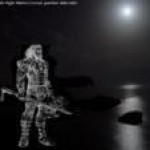 About the Author / Elisa

This website uses cookies to improve your experience while you navigate through the website. Out of these, the cookies that are categorized as necessary are stored on your browser as they are essential for the working of basic functionalities of the website. We also use third-party cookies that help us analyze and understand how you use this website. These cookies will be stored in your browser only with your consent. You also have the option to opt-out of these cookies. But opting out of some of these cookies may affect your browsing experience.
Necessary Always Enabled
Necessary cookies are absolutely essential for the website to function properly. This category only includes cookies that ensures basic functionalities and security features of the website. These cookies do not store any personal information.
Non-necessary
Any cookies that may not be particularly necessary for the website to function and is used specifically to collect user personal data via analytics, ads, other embedded contents are termed as non-necessary cookies. It is mandatory to procure user consent prior to running these cookies on your website.
SAVE & ACCEPT