29 Ago Annie Leibovitz for Moncler

After the epic 2014/2015Campaign, where the iconic jacket was worn 24 hours a day, in every single occasion, place and space, Annie Leibovitz, absolutely the best WOMAN photographer of the 21st century, signs again the new 2015/2016 Moncler Campaign.
Unlike the previous one, where staff, jackets and models changed location, in this new campaign the whole scene is directed and shot in Iceland.

Magical places immersed in a wonderful white, wolves and ice fairies, as Andersen’s tale wants…
Rocks, ices and landscape are the main characters of this fairytale whispered by Leibovitz: the spell tells the story of two twins (and the models are actually two brothers) and their encounter with a nature only contaminated by the presence of the South Iceland’s fauna.
Mythology is strongly represented, Russian icons, Baba Yagam etc.
As in every fairytale that is worth its name, the moral of the story is right around the corner: evil is always defeated, in this case, by fraternal love.
Thanks to a wolf’s protection, the twins can escape and defeat the “Snow Queen”.
After the masterpieces realized until now, Leibovitz is again true to herself and has the power to add beauty to every single thing, through lights and colors.

Here you can find the exclusive Video for Vogue and some shooting of her career, just for you!
… and all in all, in these baking hot days, a video with Iceland’s ice is exactly what we needed! 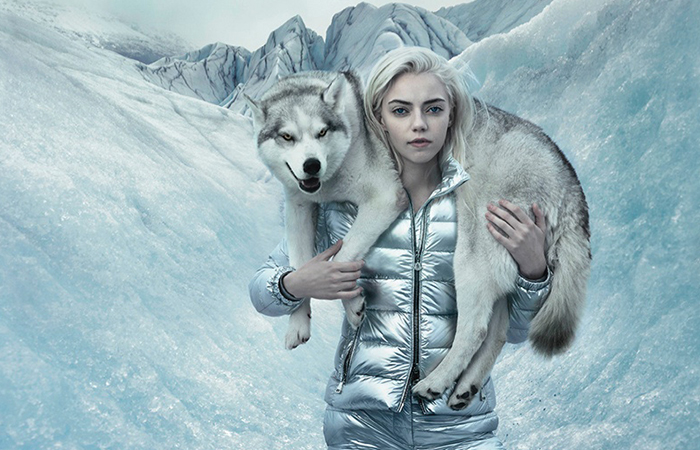 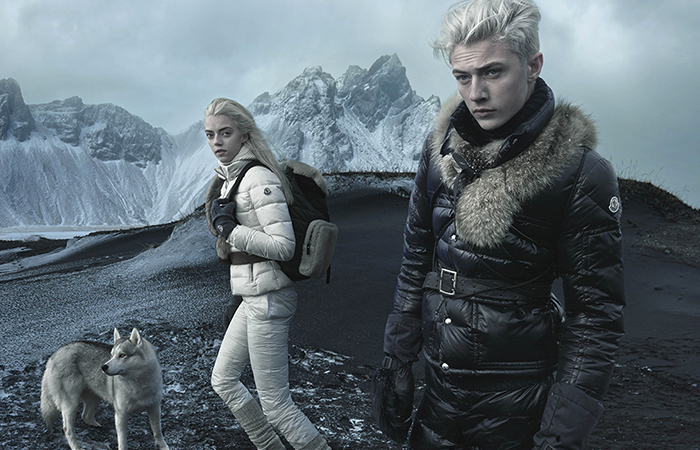 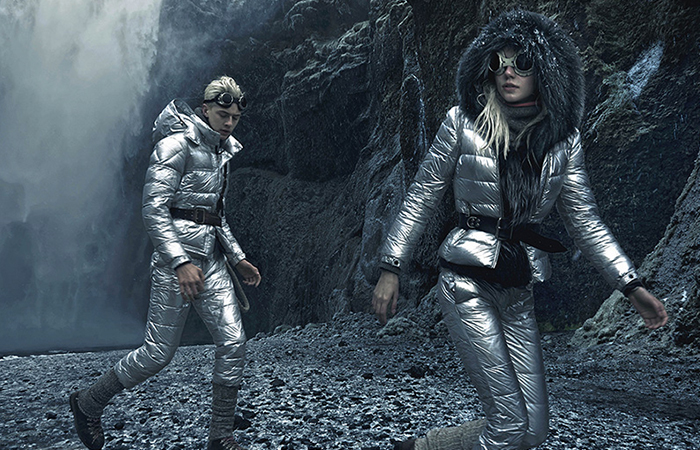 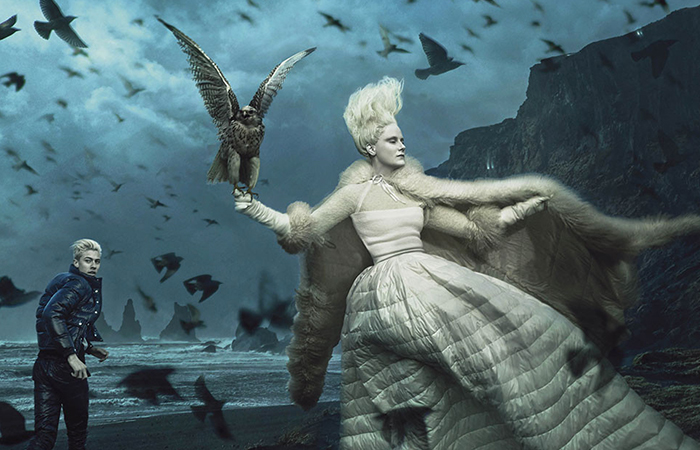 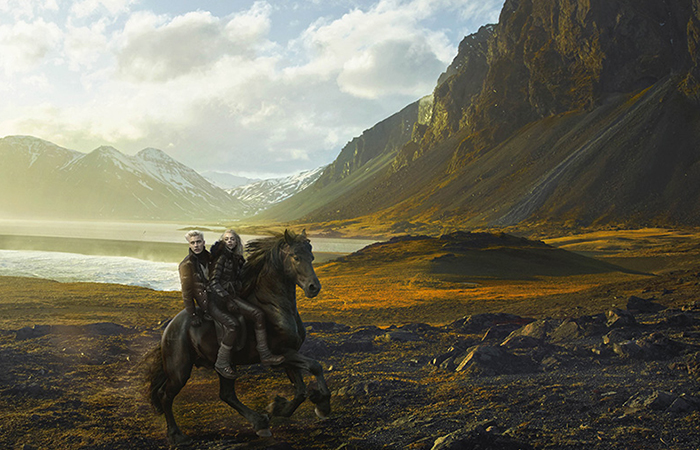 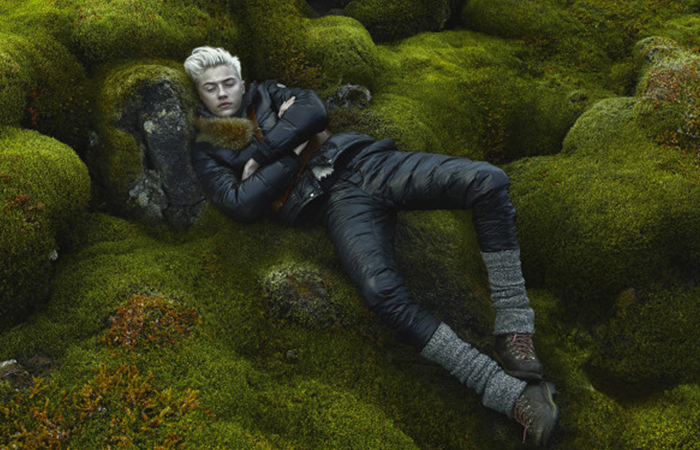 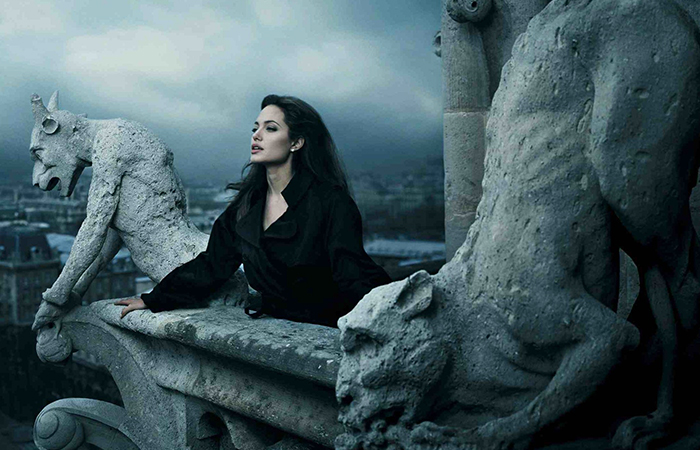 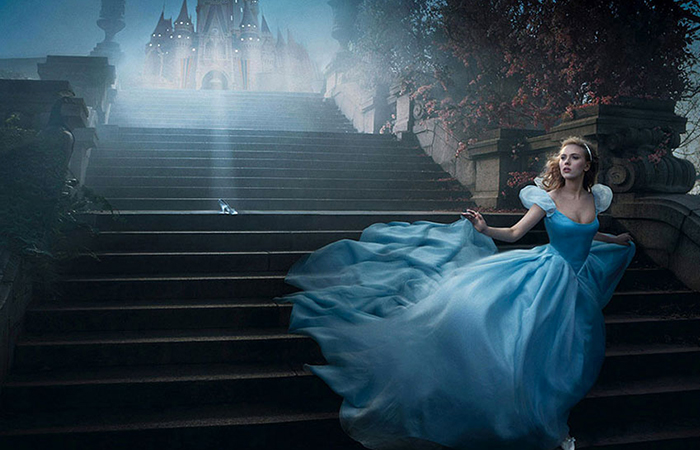 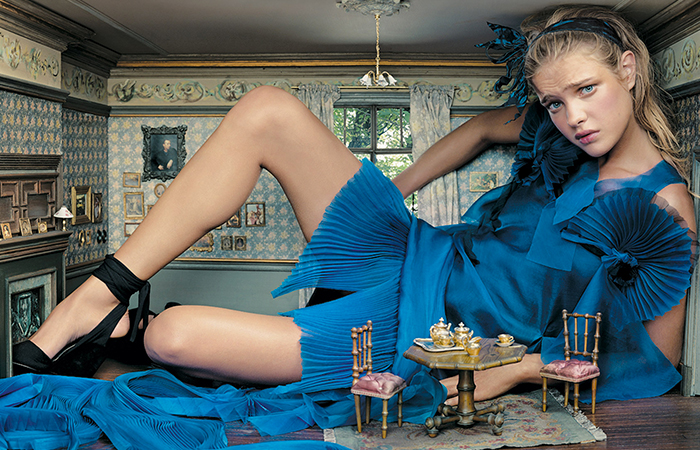 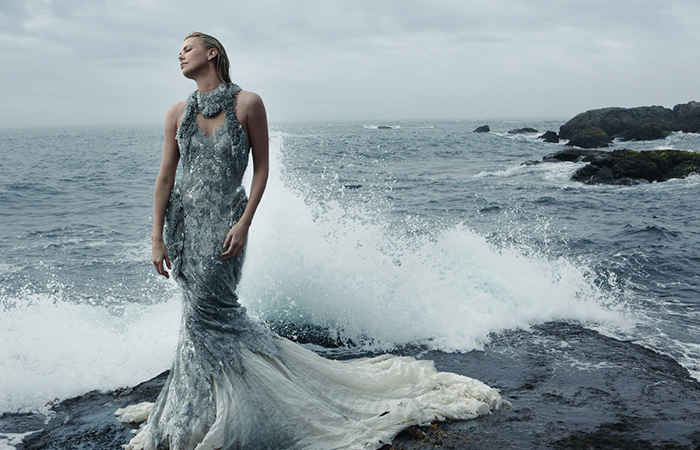 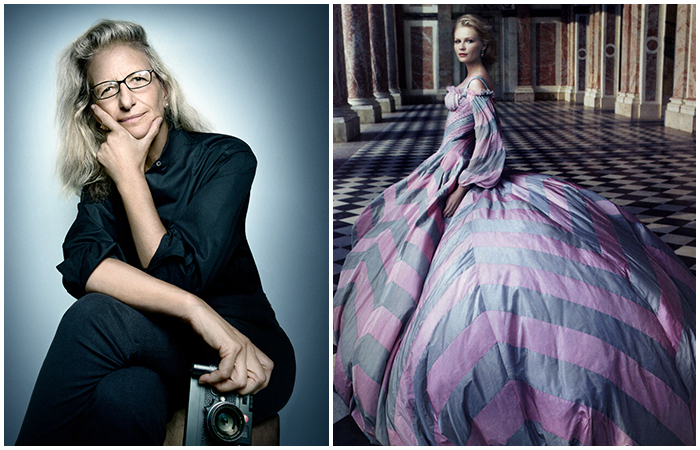 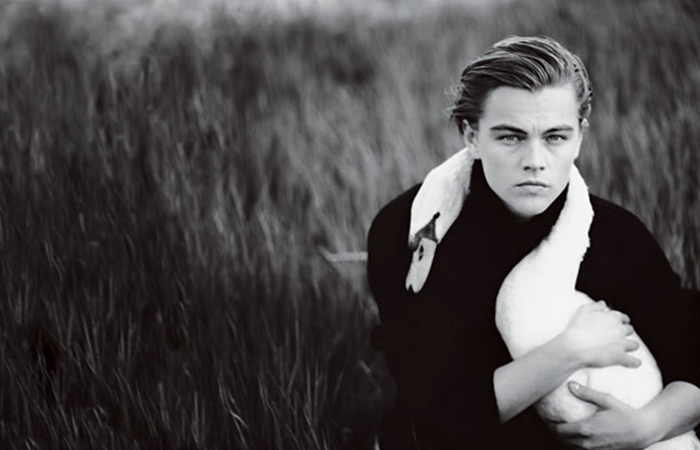